Finally, a summary of our trip

Well, I’ve finally made the time to sit down and make a summary of our wonderful trip to London and Scotland. Before I post anything else I should say that the kids and Adriana were just wonderful; they all behaved really well and Adriana was a ton of help. We loved having her with us.

So, we left on Thursday 12th, in the morning. The flight to Houston was a breeze. Maga and Adriana, Jeff and Joax, Juli and Areli with me. We slept most of the flight. i was already very much sleep deprived before we left, so now the exhaustion was accumulating. The biggest trial of our trip started at the Houston airport: What to eat. How we struggled with that for almost two weeks!
Finally, our plane left at 9:45. Adriana sat with Juli and Maga, and Joax and Areli stayed with Jeff and me. The flight was sooooooo long, but it wasn’t that bad. We finally arrived in London, and everything seemed sooooooo small to us, spoiled Americans. Thankfully we had all our luggage, and we went down to meet our taxi. Oh no! No one was there. We called the taxi company, and they said they didn’t have a reservation for Mendez. I started hyperventilating. Since I was the one who had planned everything, I wanted all to be perfect. We finally had to hire two cars (because a family of 7 was extremely huge to them, and we had a ton of luggage). My driver was super nice. The girls rode in one car, and the boys went in another. I couldn’t stop asking him questions. He was Pakistani, and he had lots of opinions on how the government is supposed to take care of kids’ education, pay families a quota per kid (they do that in Spain), etc. I still couldn’t believe we were there! The houses were very narrow and they had that Harry Potterish look. I loved it all! And their flowers! Awesome! The weather was very cool and rainy. It usually is like that in London, but like JK (Rawling) said, they’re having a very dementor inflected summer over there in the UK.
We finally arrived at our Hotel, The Royal Horse Guards, right by Buckingham palace, Westminster Abby, the Big Ben, Charing Cross, etc. 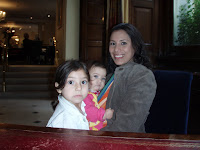 All the way to the hotel I was praying that everything would turn out well with Beyond Boundaries. After the incident with the taxi, I was afraid that it was all a fraud. But no, fortunately, they had our reservations at the hotel, and after having lunch at the restaurant there, we went up to our rooms. Adriana, Juli and Maga were together, a few doors down the hallway from us. Again, everything seemed so small! Now I understand why people say Argentina is very European, and it is because of the architecture, and organization in the buildings. Over there everything was more compact, the luggage, the hallways, the streets, the cars… There were a lot of Renault, Peugeot, Mini Coopers, Citroens… just like back home. After lunch we all needed a break. i had heard people say not not go to sleep to try to get used to the time change, but it seven hours difference was too much for us! So we took naps, all except Juli, who that night felt asleep while chewing his pizza at an Italian trattoria we found and we liked. We were always so cold, that we took to drinking hot chocolate with every meal. 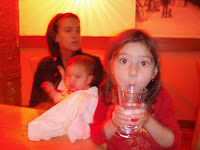 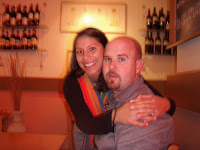 The next day, Saturday, we had our first tour. It was one of the public tours, that BB had made reservations for us. It was the Oxford, Stratford-Upon-Avon, and the Cotswolds. We had breakfast at the hotel, that was a lot better than lunch, and the bus picked us up at 8 in the morning. We went to Victoria Station, and from there we transferred to another bus for our tour. It’s funny, but at the time we were so disoriented, that it seemed Victoria’s was very far from our hotel, when actually it was only a few blocks away. In our tour there were people from many countries, and I loved to hear all the different languages. There was a guy from Mexico who was doing a company training, and went to the tour on his last day in England; there was also a girl from India I assume, who fell in love with Joaquin. She kept asking me if he was my child, and when I repeated that yes, he was my son, she pretty much asked me how come he was so beautiful! I think she meant how come my children were white. She thought I was Indian (Hindu) too! Jeff could comprehend why she wanted to make sure Joax was my son, but I think I understand why. If I was Hindu, and had a white child, maybe she could have one too one day. She wanted Joaquin to sit by her, and he refused, but later he did, and she had this expression of happiness that I was glad I let him sit by her a least for a few minutes.
Oh the splendor, and the beauty of that place! We saw the great hall that was the inspiration for the Great hall in the HP movies

I loved being there in Oxford. Everything is so magnificent, that we could have spent the two weeks there; each day learning something new.
After Oxford we went to Stratford, Shakespeare’s birth place. We visited Anne Hathaway’s house and garden. What a beautiful place! My only regret is that we didn’t have enough time to go into the gardens. How I wish we could have a garden like that at home! But in super-hot-100
-degree-Utah that’s not realistic at all.

We went back to London, and we were just exhausted and hungry. We were given Shepperd’s pie for lunch, and I was the only one who liked it. Adriana was fainted with hunger by now, and we were desperate to find something that she would like. So after taking a break, we went to the OXO tower for dinner. It was a very fashionable place, the service was very good, but the food wasn’t good enough. Actually, the kids’ menu was a lot more appetizing than the regular menu!!! I loved the dairy in England. It was a lot fresher and tastier than what we have here in the US. Even their butter was a lot better. After dinner we just walked around the London Eye area, enjoying the music everywhere and the cacophony of languages and sounds. I loved just being there.
I guess I’ll finish my post tomorrow. I’m worn out.