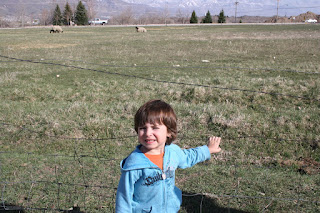 Yesterday I went on a wonderful field trip with Swan Princess’ kindergarten class. My nephew is in the same class, and I was in charge of looking after both of them and three other little friends. We had an awesome time at the Bean Museum at BYU. But even though watching over only 5 kids shouldn’t be that hard for me by now, at the end of the trip I was thoroughly exhausted. I picked up my babies from my SIL’s house, and we took a very restless nap; my little Cangri was not feeling well. Bloodshot eyes, fever, earache … He had been doing so well. He used to get sick every time Gorgeous Boricua left on a business trip. But it’s been three weeks since papa left, and El Cangri’s just barely getting sick now. At leas his skin looks radiant, with only a little blush where once he had huge eczema patches.

I asked him where he was hurting, and he pouted a little and replied, “Los pelos mami. Me duelen los pelos.” (My ‘hairs’ mami. My ‘hairs’ hurt mami).” So last night was the epic battle of getting him to take medicine, particularly tylenol or motrin. Today I bought the ibuprophen tablets, thinking that since he loooooves the colostrum tables and his homeopathics, that he’d take them. Nah ah, no sir. He wouldn’t even touch them. I guess in a way it was better because just now the fever broke out on its own, after his own little body defeated the infection wherever he has it (I suspect it’s his throat). I’m not a neglectful mother, but I usually wait before I take my babies to the doctor. Of course, if they’re too young, too sick, or when I feel it’s time to pay the doctor a visit, I take them. I’m waiting it out right now, and I’m hoping that tomorrow he’ll be his old little self. Today was cleaning day, but instead of going on my usual routine, I showered, sent my kids to school, and went back to my son who watched The Backyardigans all morning.
My Chubbers played in my bathroom with my yet unused hair rollers. El Cangri and I dozed on and off.
Tomorrow I’ll clean, and stress about the floors, and the garage being dirty, but today, even though my beautiful Cangri was feeling oh so rotten, was such a relaxed day! I cancelled Gorgeous Boy’s soccer practice; Princess’ was already cancelled, so I only had her ballet class to worry about. It turned out I shouldn’t have worried about it because I had a whole hour to myself in the car to read my brand new Mothering Magazine.
Tomorrow is a new day, and I pray that my babies will be sound and healthy, to start the weekend in peace and contentment.