My first 5K and Renzo 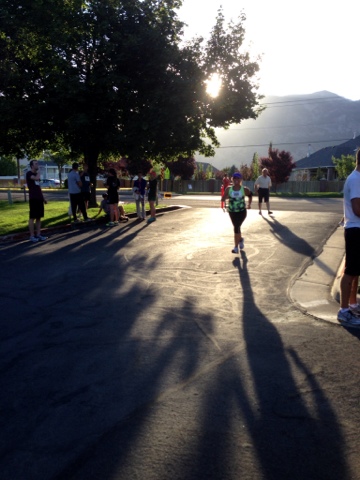 Last Saturday I ran my first 5K ever. A few years ago, I wrote a list of things I wanted to do in my life, and although I have no idea where that list is, I clearly remember typing “running a 5K, a half-marathon, and a marathon.” A while back I signed up for the Lehi13, a half-marathon on Thanksgiving Day. I’ve been running on and off for about 4 years now, but I’m a deadline incentivized person–I needed a goal. That’s why I signed up.

So on Saturday morning, I loaded up the car with 5 kids and headed to the first sporting event of my life!
My dad was there, giving me all his last minute advise.
My Cangri asked me if my goal was winning. I told him I wanted to ran the whole race, that was my only goal. I knew I could do it. I usually run more than 3 miles a day. There’s something about an official race with other people though. Running out in public for the first time was such a big step for me. I always felt like a fraud. One of my crit partners, Jaime, is an amazing runner. She once twitted that no one should ever feel like a fraud. Jaime, those words meant a lot to me!
I ran the race, and I finished, and when I was done, I could’ve kept running, which means I could have run a little faster, but oh well, I know for next time.
The whole time I was running, I was thinking of Renzo, an Argentine baby, from the province of Corrientes who became an angel last Friday, August 2nd. Renzo was born with a heart problem, which became worse as the months and years went by. He was hooked to an artificial heart for seven months until last June 1st, he received a donor heart. When everyone thought he’d recover and get to grow and live a normal life, he had a heart attack from which he never recovered.
His story touched my heart, literally. I didn’t use to even consider organ donation for some reason until him. I’m not the only whose attitude and opinion of the subject changed because of Renzo. The whole country, including those of us not living in Argentina anymore, cried his death. His life wasn’t in vain.
I’m forever grateful of my healthy body, my children’s health. I love watching my boys run in a soccer pitch, my girls dance and twirl, my baby sleep peacefully in bed.
I ran and Renzo’s memory ran beside me. 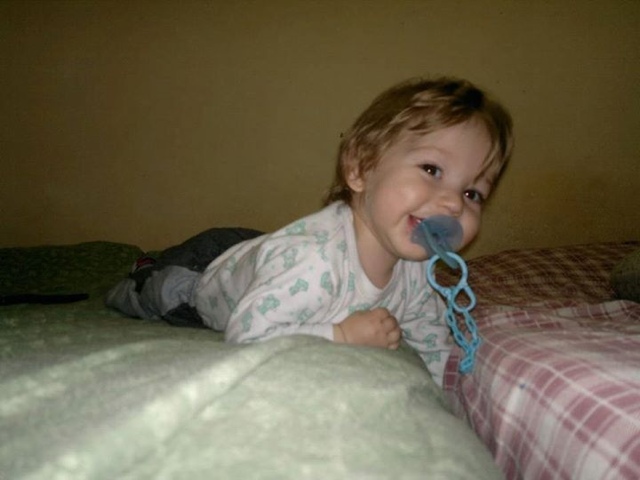